BelRayHusqvarna Factory Rider Graham Jarvis (UK) clinches his first victory in 2015 by winning the main event of the most enjoyable Extreme Enduro – the Mountain Race at Red Bull Sea to Sky at the Turkish Riviera. Finishing second Jonny Walker’s (UK, KTM) whose hope to secure the Grand Slam in Extreme Enduro by winning all of the 6 major events within one year has been destroyed. KTM’s Wade Young from South Africa secures the podium coming in third.

After a spectacular motocross-like Beach Race on Friday and an Enduro style Forest Race on Saturday it was the main event – the Mountain Race – that gathered thousands of spectators.

They started at 09:00AM right from the beach in Kemer and the 67km track took them through the canyon, into the forest and all the way up to the very top of the mountain Olympos at an altitude of 2.365 m.

The riders had 7 hours maximum riding time to make it to the Red Bull arch at the finish line on the summit of the mountain. 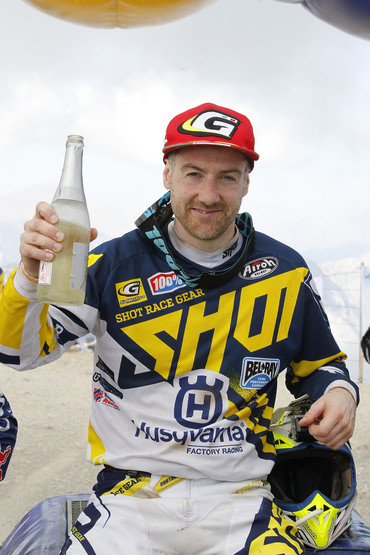 olton (UK, KTM), Philipp Scholz (GER, KTM) and Wade Young (RSA, KTM) just to name a few.
Red Bull Sea to Sky 2015 – Mountain Race
Red Bull Sea to Sky continues to attract not only the top riders but also more and more ambitioned amateurs who want to race an extraordinary race at the highest international standards – situated in a beautiful landscape at the Turkish Riviera. A total of almost 300 riders from 30 countries were up for the challenge and started their mission.

It was South Africa’s Wade Young who got the holeshot at the start, closely followed by Jonny Walker on his KTM who had won all of the 5 major Extreme Enduro races in 2015 and was on a mission to become the first rider ever to get the Grand Slam nailed by also winning Red Bull Sea to Sky. Graham Jarvis – who dominated in previous years couldn’t score a major win this year – had come to Kemer with the clear intention to take the top spot on the podium, thus defending his 1st place at Red Bull Sea to Sky in 2014.

It’s been Graham’s – successful – approach in the past editions of Red Bull Sea to Sky to take it easy in the first and rather fast sections of the track. Today he played it safe until the last, technical and tiring sections of the race to attack Jonny Walker who had the lead for quite some time. When getting to the second tank stop the 40 year old man from Ripon in the UK decided to gamble and pass Jonny without fuelin
g up, knowing that he would find it difficult to pass the 24 year old Walker in the single trails later on. His „all-in“ move worked out in the end, Jarvis was able to pull a gap on Walker and pushed to the max. Despite going flat out Walker wasn’t able to close the gap and came in 2 minutes and 45 seconds behind Jarvis.

Jarvis clearly dominates the history of Red Bull Sea to Sky by scoring 4 out of 6 wins. He was the one who delivered the tagline in 2012 by making this statement: “Red Bull Sea to Sky is not the hardest race but it’s definitely the most enjoyable!”

Looking back at the 5th Edition in 2014 Wade Young was seeking redemption for Andreas Lettenbichler stealing his podium position on the last uphill right before the finish. The 19 year old South African – who won the Roof of Africa twice – actually had to battle with the seasoned German KTM Factory rider but eventually pulled away and secured the 3rd place.

Paul Bolton from the UK was more than pleased coming in 4th: “It was a really good track this year with some new and really tough sections. I was able to pa
ss Letti in one of the last switch-backs and kept pushing to maintain the position. I’m really happy with this result!”

Letti’s Mountain Race had mixed emotions. In the lead in the early part of the race he had to give in and let Jonny Walker pass. After Red Bull Romaniacs he had surgeries and virtually no training before Red Bull Sea to Sky: “I’ve had a big crash in the forest section and after that the shoulders did hurt. I got tired quite early in the race but after two months of not being able to train I’m happy with the 5th position.”

His 17 year old son Manuel Lettenbichler had actually beaten his father in the Forest Race the day before and wanted to improve his result from 2014 when he finished 12th. Manuel started in the first row and had a good first half of the race but was stuck with only the first gear for the last sections of the race. Still he finished 9th and set a clear signal that he has what it takes to fight for the podium sooner rather than later.

67 riders reached the top of the Tahtali and earned the Gold Medal finishing the Red Bull Sea to Sky 2015 Mountain Race. 80 riders made it to the Silver Finish at an altitude of 1,175m and were rewarded with a Silver Medal. 110 brave Hard Enduro heroes battled their way through the riverbed and got their Bonze Medal.

Red Bull Sea to Sky Edition 6 was a great success and the largest international motorsports event in Turkey. With almost 300 riders from 30 countries coming to the Turkish Riviera the amount of riders doubled in just two years. XVENTURE and the Kemer Enduro Club have once again done a great job in designing tracks which are tough and challenging but still ridable so that the individual skills and the physical condition will decide.

Quotes from the Podium

Graham Jarvis: „I got a terrible start, the bike just didn’t fire first time. I relaxed a little for the first half hour or so to save a bit of energy, prevent arm pump and played it safe overall. I was able to pass a few riders who made some mistakes and then I got into a good rhythm and played it hard towards the end. I gambled on the fuel because I saw Jonny at the second tank stop and decided to skip it because I knew it would have been difficult to pass him in the single trails after the tank stop. I managed to get a little bit of a gap then and so here I am. I’m very happy now, at least one win at the end of the season here at Red Bull Sea to Sky!“

Jonny Walker: „I made a good start, rode with Wade for a while but pushed hard, got into the rhythm but Wade caught me. Still I managed to pull away from him. But on the high-speed section my front wheel hit a rock or something and jolted my handlebars. My shoulder hurt like hell after that. I tried to shake it off but the pain never left. Graham caught me not bothering to fuel up, he managed to pull a gap and I just couldn’t stick with him. I really tried to catch him but it didn’t work out in the end. 5 out of 6 wins, it was a good year and I can’t complain even though I certainly wanted to win Red Bull Sea to Sky. Now I’ll concentrate on the training for the SuperEnduros coming up.“

Wade Young: „I got the holeshot so the first part was good. But later in the race I made too many stupid mistakes, Graham passed me and I stayed in third position pretty much for the rest of the race. Letti was closing in quite a bit so I really had to put my head down and push to the end. The track was great, I liked it a lot. Certainly a bit more challenging and tiring towards the end, my tire is worn out but I’m really happy having made the podium position – especially after last years devastating experience losing the podium on the last meters!“ 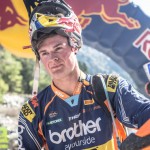 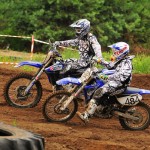