Red Bull Sea to Sky – Edition 6 – to be bigger and better than ever! | MADEinENDURO.COM - Long way to become RedBull Romaniacs...

Red Bull Turkey, the Kemer Enduro Club andXVENTURE are excited to ignite the 6th edition of the „most enjoyable Hard Enduro Race“: Red Bull Sea to Sky will take place on October 2 – 4, 2014, in Kemer, Turkey. International top riders such as Jonny Walker (KTM, UK), Graham Jarvis (Husqvarna, UK) and Andreas “Letti” Lettenbichler (GER, KTM) will once again battle for a total of €20,000 in prize money at the beautiful Turkish Riviera. If Jonny Walker wins Red Bull Sea to Sky the 24 years old Hard Enduro super star will be the first rider to ever clinch the Hard Enduro Grand Slam by winning all the 6 major events in one year! 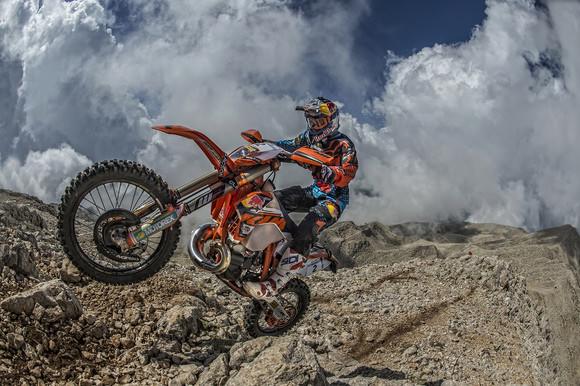 The success story of Red Bull Sea to Sky continues!

With more almost 300 riders from more than 30 countries expected the unique Hard Enduro event in Turkey attracts more and more riders every year. It’s the unique combination of racing Extreme Enduro at the highest international standards, three days of racing action with three different racing styles and a track that takes the riders and their bikes literally from Sea to Sky which makes the top pros as well as the ambitioned amateurs travel to Turkey.

2015 has been the year of one man: Jonny Walker won each and every of the major Hard Enduro races on his KTM in 2015 so far. Tough One (UK), Hell’s Gate (Italy), the Red Bull Hare Scramble at the Erzbergrodeo (Austria), Red Bull Romaniacs (Romania) and Red Bull 111 MegaWatt (Poland) and now he is determined to add the final win at Red Bull Sea to Sky!

Graham Jarvis, who dominated the Hard Enduro scene in the past year, was never able to seal the Grand Slam in the past and you can tell by watching his riding here in Turkey prior the race that he has come with the clear intention to take the win and destroy Jonny’s dream to get the Grand Slam.

But there are the likes of Husqvarna’s Alfredo Gomez and KTM’s Andreas „Letti” Lettenbichler who will also battle for podium – despite the fact that both came to Turkey suffering from injuries and surgeries in the past couple of weeks. Wade Young (KTM) from South Africa has a special motivation to go flat out on the Mountain Race – the main event of Red Bull Sea to Sky. Last year it looked like a safe 3rd place for him when Letti stole the podium from him just 300m before the finish line by choosing a different line.

Jonny Walker: “I’m excited that this could be my 6th win in 2015. It was a superb year for me and I will go flat out here in Turkey to win it. My preparations went well and I want to make it happen.”

Graham Jarvis: “2015 certainly was not my best year. But I think that the Mountain Race really suits me better than some of the other races. It will be longer this year so I’ll try to get things sorted in the technical sections.”

Andreas „Letti” Lettenbichler: “ The last two months since Red Bull Romaniacs with surgeries made it difficult for me to prepare properly for this race. I love to race here in Turkey, the track is always very well designed. I will give it all and let’s see where I end up. I’m living in the German Alps so the altitude here at Red Bull Sea to Sky has never been a problem for me.”

Manuel Lettenbichler: “With 2015 being my second Red Bull Sea to Sky appearance my goal is to get a better result than my 12th position last year. I trained a lot, feel strong and my result at the Red Bull Megawatt gives me the confidence that I can compete with the top level riders.

Alfredo Gomez: “I hurt my knee lately and haven’t been on the bike for a week now. Let’s see if it’s ok by now during the racing action. The altitude and duration is not an issue for me since I’m used to the altitude.”

XVENTURE mastermind Martin Freinademetz, his Track Director Klaus Sørensen and the Kemer Enduro Club team started working on the new 2015 tracks right after the 2014 edition was history. Especially the main event – Olympos Mountain Race on October 4, 2015 – will set new standards in Extreme Enduro and seriously challenge the riders who come with the ambition to reach the finish line on the top of the Tahtali at 2,365m.

Race day #1 of Red Bull Sea to Sky will start with the Beach Race on Friday, October 2, 2015. The spectators will get to see an even more exciting battle that requires speed, skills and courage right at the beach of Kemer. Andy Fazekas, who is responsible for the legendary Prologue at the Red Bull Romaniacs, has been flown in from Romania to build a track that has all the bells and whistles it takes to challenge the riders and entertain the fans. A mass start will take the riders into a fenced round circuit similar to a motocross track with sandy soil, a top speed straight section going along the waterfront and some natural as well as manmade obstacles. The mode is „15 minutes plus one lap” and the results of the Beach Race will determine the starting order for the Forest Race.

On race day #2 (Oct. 3rd) the riders will be taken on a time trial in the woods behind Kemer to ride some really cool single trails and gravel roads reaching into the foothills of the Taurus Mountains. If you’ve raced the 2014 Forest Race be prepared that you will be exposed to an 80% new and exciting track. The Forest Race track will be about 75km long. Again, the results of the Forest Race will determine the starting order for the Olympos Mountain Race.

Race day #3 and the main event of Red Bull Sea to Sky will start right at the beach and it will take the riders all the way from „Sea to Sky” on Oct. 4th, 2015.

The riders will have to love stones. They will face stones right after the start and they will stick with the track until the very finish. After the start the riders will follow a riverbed but – unlike last year – will be taken out of the riverbed for a good 25km of trail ride in the lower Olympos mountain area before they will dive back into the river for the more tricky stone and water sections.

The Olympos Mountain Race will be longer and significantly harder than last years edition – especially with the new and gnarly sections added for the riders who are going for the Gold Medal – which will be dedicated only to the riders who made it to the Red Bull finish arch on the peak of the Olympos Mountain at an altitude of 2,365m after 80km. The organizers expect about 30-40 riders to finish the race within the 7 hours limit.

The Silver Medal will be handed to riders who are making the 55km between the start, master the last parts of the riverbed and the forest sections up to the tree line at about 1,185m of altitude within the 7 hours of race time.

Those who make it through the riverbed, the 25km of trail ride and to an altitude of 175m will earn a Bronze Medal. So there will be a great reward for the majority of the starters who come prepared and with the skills required.

Red Bull Turkey, the Kemer Enduro Club and XVENTURE are proud to once again announce the world’s highest prize money paid out in Extreme Enduro:

At both, the Beach Race and Forest Race, the following money will be paid out:

At the main event, the Olympos Mountain Race a total of €15,500 will be paid out to the top 10 riders as follows:

For the first time ever, the Red Bull Sea to Sky app for both, Android and iOS devices is offered. It contains maps of the three races, start list and results and it’s a great source of information for both, riders and fans. The app is ready for download and installation in the Apple App Store and the Google Play Store.

During the Forest Race and Mountain Race there will be a live time keeping on our website. With the start of each of those races you will be able to follow the race very closely. The riders are scanned at each checkpoint and the respective times will be transmitted to the website. It’s like being at the race! We’ll announce the link to the live time keeping on Friday, October 2, 2015.

Pre-Race 'Train with the Pros'

Besides those giants there were seasoned and experienced riders such as Lars Enöckl, Peter Weiss and Seppo Suttner who passed on their knowledge and knowhow to the 100+ amateurs. A unique chance for those who wanted to generally improve their riding and especially suited for racing here in Turkey. 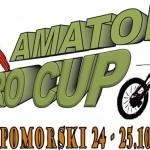 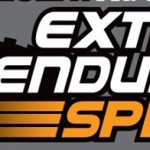